Tundraland Home Improvements, a Kaukauna based company started the Baths for the Brave initiative two years ago with a much smaller event called Crash the Bath in Green Bay, Wisconsin. Since then, the idea of helping a veteran has grown into a national movement now known as Baths for the Brave.

Baths for the Brave is a collaborative effort between ten like minded home improvement companies nationwide from Pennsylvania to California who have banned together to give back to those who’ve sacrificed so much for us – our veterans. Our goal is to improve the lives of veterans in meaningful ways by providing a bath or shower remodels to make their bathrooms more accessible and safe. Over $100,000 in materials will be provided during the Baths for the Brave event.

Tundraland has selected Norman Bodway, a Bronze Star recipient and retired marine as the veteran it will provide a new shower for on Nov. 8. Bodway has received national recognition for his heroic actions while in the military and a new shower will vastly improve his quality of life for him and his wife Millie, as they continue to age. 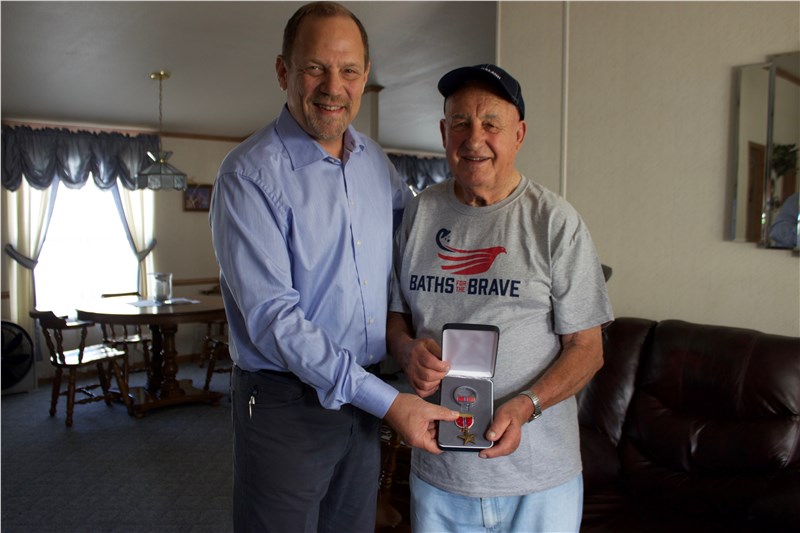 To learn more about Norman and our Baths for the Brave nationwide initiative, click here.

Can’t Visit Our Showroom?
We’ll come see you. Contact us and take advantage of our Free Design Services in Green Bay, Madison, Milwaukee and all of Wisconsin.

Serving All of Wisconsin
4.96
Reviews
GET STARTED 800-886-3725
Get a
Free Quote
*By clicking "Get Your Free Quote", you consent to receive calls and text messages, including by an auto phone system, from Tundraland to the phone number provided for informational and/or marketing purposes. View our privacy policy.